Antidepressant use up 400% over two decades

Atlanta, Georgia - Antidepressant use among Americans of all ages increased nearly 400% over 20 years, according to a recent report from the U.S. Centers for Disease Control and Prevention. The report showed that more than 1 in 10 Americans over the age of 12 and 1 in 25 teens take antidepressants.

After analyzing 2005-2008 data from the U.S. National Health and Nutrition Examination Surveys, the researchers found that antidepressants are the third most common prescription drug taken by Americans and are most frequently used by those aged 18 to 44.

Over 60% of those taking the drugs have taken them for two years or longer and 14% have taken the medication for 10 years or more. Women are 2.5 times more likely to take antidepressants than men and 23% of women aged 40-59 take them, more than in any other gender/age group.

Princeton, New Jersey - Yawning may be a mechanism by which the brain is cooled, according to research from Princeton University and the University of Arizona.

Scientists set out to test the brain cooling hypothesis, which suggests that yawning is triggered by increases in brain temperature and that the physiological consequences of a yawn (enhanced blood flow to the brain caused by stretching of the jaw as well as the inhalation of ambient air) promote cooling. The researchers recruited 160 randomly selected pedestrians, 80 in the summer and 80 in the winter, and showed them pictures of people yawning. In the winter, over half of them yawned in response; in the summer less than one quarter yawned.

Because people yawned less in the summer, when outdoor temperatures often exceed body temperature, researchers suggest that this supports their brain-cooling theory.

Warmer temperatures, they speculated, provide no relief for overheated brains. Want to learn more about yawning? Read Why We Yawn. 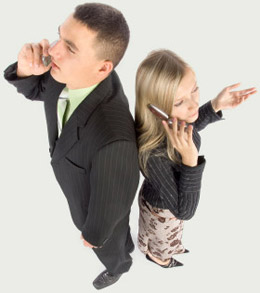 Upton, New York - Using a cell phone for as little as 50 minutes significantly elevates blood glucose metabolism (a measure of brain cell activity) in the areas of the brain closest to the antenna, according to research in the Journal of the American Medical Association.

Researchers found that while cell phone use did not significantly change the metabolism of the brain as a whole, it did increase blood glucose metabolism in the areas closest to the antenna.

"Although we cannot determine the clinical significance, our results give evidence that the human brain is sensitive to the effects of radio frequency-electromagnetic fields from acute cell phone exposure," said Nora Volkow, the study's lead author.

The city of Berkeley, CA recently passed an ordinance, requiring that local cellphone retailers do a better job of informing customers on FCC safety testing methods. Read about Berkeley's cell phone Right to Know ordinance andy why it has the Cellular Industry Association upset. 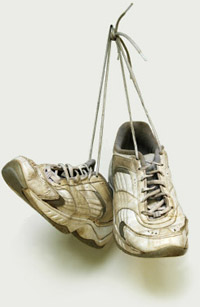 Connection between exercise and memory in older adults

Pittsburgh, Pennsylvania - Moderate exercise can actually increase the size of the brain's hippocampus in older adults, researchers reported in the Proceedings of the National Academy of Sciences. The hippocampus normally shrinks in late adulthood, leading to memory deficits and increased risk for dementia.

"The results of our study are particularly interesting in that they suggest that even modest amounts of exercise by sedentary older adults can lead to substantial improvements in memory and brain health," says Art Kramer, senior author of the study.

Join in the conversations:
+ Add your comment for Southern California Health Topics
▲ jump to top of article
Other Popular Posts