The health benefits of having a pet (or two)

Do you have a pet in your life? Emerging research shows that having a furry friend may give your health a boost. In 2006, there were over 160 million pet cats and dogs in U.S. households. According to the Centers for Disease Control and Prevention (CDC), pets can decrease your:

Pets can also increase your opportunities for exercise, outdoor activities and socialization.

Heart helpers
A National Institutes of Health study showed that heart attack patients who had dogs were more likely to be alive a year after their attack than people without dogs. Also, male pet owners have been shown to have lower cholesterol and triglyceride levels than non-pet owners.

In a study of married couples, those with pets had lower heart rates and blood pressure than those without. And in the presence of their pet, they responded better to stress and recovered more quickly than when they were with their spouse or a friend.

A calming presence
Animals have been shown to have a soothing effect on many people. Alzheimer's patients who have a pet in the home have been shown to exhibit fewer outbursts. Autistic children who work with therapy dogs have shown exciting improvements. And for years, dogs have been used in hospital settings and nursing homes to bring joy to patients and residents.

Exercise and companionship
Those who regularly walk their dogs are less likely to be obese than those who don't own or walk a dog, according to one study. Plus, walking a dog gives you more opportunity to meet people -- no one can resist saying hello to a happy dog!

Things to consider before getting a pet

Since pets can be a long-term commitment (hopefully as long as 15 years or even more), be fair to the pet and yourself by considering these issues ahead of time:

"I would love to get a pet but I am allergic to them!"

If you are one of the 15-30% of the population who has allergic reaction to pets, all is not lost. Here are a few points to consider:

Having an allergic reactions to cats is about twice as common as to dogs. Some people consider certain
dog breeds to be "hypoallergenic" because they are non-shedding.
The most commonly mentioned are: 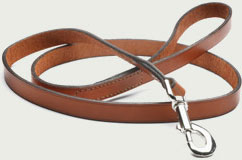 According to a team of researchers from Henry Ford Hospital in Detroit, however, there is no such thing as a non-allergenic dog or cat. It is not the fur specifically, which is an allergen. It is proteins secreted by glands in the animals skin and dried saliva that attaches to the fur and then becomes airborne that causes most human allergic reactions. (Pet urine may also contain allergens.) Bathing a dog or cat weekly may reduce allergens by as much as 84%.

Allergic reactions can range from mild discomfort to life-threatening. To see how your body reacts, spend time with an animal before bringing him or her into your home since people with dog allergies can be allergic to only some breeds but not all. While children may outgrow pet allergies, adults rarely do -- although receiving allergy shots can help minimize symptoms as long as the treatment is maintained. And, even after a pet has been removed from a home, the allergens can linger for months.

Other tips for living with pets but minimizing allergies include:

Pets are sometimes incorrectly blamed for triggering allergic reactions. Allergies are cumulative so that, if someone is allergic to grasses, smoke, pollen or other allergens, they may be contributing to a problem that would be much more manageable if pets were the only offender.

From the Research Desk...

Los Angeles, CA - According to a new study, low blood levels of Omega-3 fatty acids are associated with smaller brain volume and poorer performance on tests of mental sharpness, even in people with no apparent dementia.

This UCLA study published in the February 2012 issue of the journal Neurology examined 1,575 dementia-free people whose average age was 67. Researchers analyzed the fatty acids of the subjects' red blood cells. Test subjects then underwent an M.R.I. scan to measure brain volume and look for vascular damage.

Being an "Essential Fatty Acid", Omega-3 can not be produced by the body but must come from dietary sources or supplements. Foods with Omega-3 include every type of fish (especially fatty fish like salmon, trout, sardines, herring, canned tuna and canned mackerel), avocado, walnuts, flax seed and canola oil.

Indianapolis, IN - An estimated 30 million people worldwide currently live with dementia, with this number expected to reach 115 million by the year 2050. And, while the cause of most dementia is unknown, a study that appeared in the February 2012 issue of the journal Medicine & Science in Sports & Exercise suggests that physical activity may reduce the risk of dementia-related death.

Researchers at the American College of Sports Medicine analyzed the health of more than 45,000 men and 15,000 women, ages 20 to 88, and grouped them into low, middle or high fitness categories.

After an average follow-up of 17 years, researchers discovered that people in the high-and medium- fitness groups had less than half the risk of dying as those in the low-fitness group. "These findings should encourage individuals to be physically active," says study author Riu Lui. "This will keep most people out of the low-fit category and may reduce their risk of dying with dementia."

The more you imagine eating sweets, researchers say, the less you may eat of it

Pittsburgh, PA - Researchers at Carnegie Mellon University found that repeatedly thinking about eating a food resulted in people eating less of that food.

In a series of tests, study participants were asked to do a repetitive task while imagining eating a specific amount of candy, and were then invited to eat as much candy as desired.

Those who imagined eating more candy ate less of it.

"These findings suggest that trying to suppress one's thoughts of desired foods to curb food cravings is a fundamentally flawed strategy," said Carey Morewedge, lead author of the study. He added, "We think these findings will help develop future interventions to reduce cravings for things such as unhealthy foods, drugs and cigarettes."

Join in the conversations:
Other Popular Posts